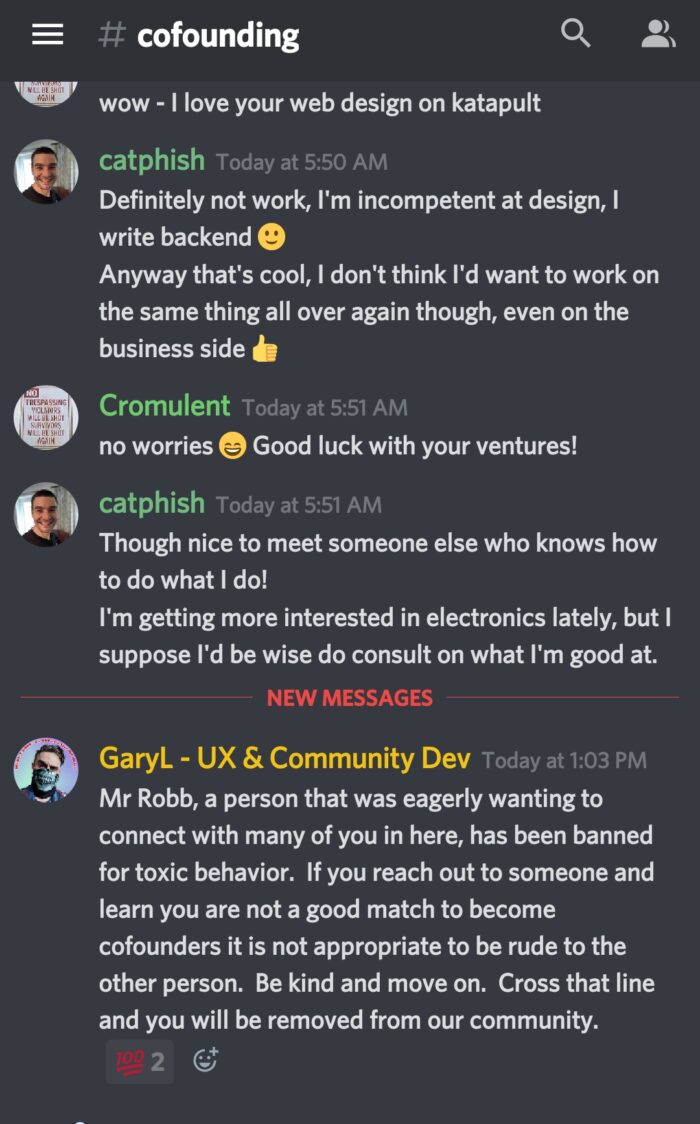 For every action there is a reaction…so if you’re going to publicly call out someone then you should be fully prepared for ANY and ALL repercussions.

This idiot, Gary Livingston, PUBLICLY called me out in his Discord group.

Here is what happened: someone from that group created a messaging app and was seeking a co-founder. I then inquired about it and right away I realized the person was displaying a very arrogant attitude like he created the next Facebook or something. I then showed him my credentials of companies I’ve founded successfully and he made a snarky remark and quickly blocked me before I could respond. Yeah, I know, a cowardly act.

The idiot Gary then decided to not only choose a side but to publicly call me out in his Discord group (screenshot below). Why did Gary take it upon himself to get involved in something that literally had nothing to do with him? I honestly have no idea. But even after he did that I still reached out to him via email and he gave no apology; no “maybe I shouldn’t have publicly did that”. Instead, he continued his false sense of superiority. And for someone with zero accomplishments, he sure has a level of arrogance and entitlement that is comical.

Like I’ve said above; for every action, there is a reaction. Gary Livingston, YOU chose to publicly call me out so I’ve decided to return the favor.