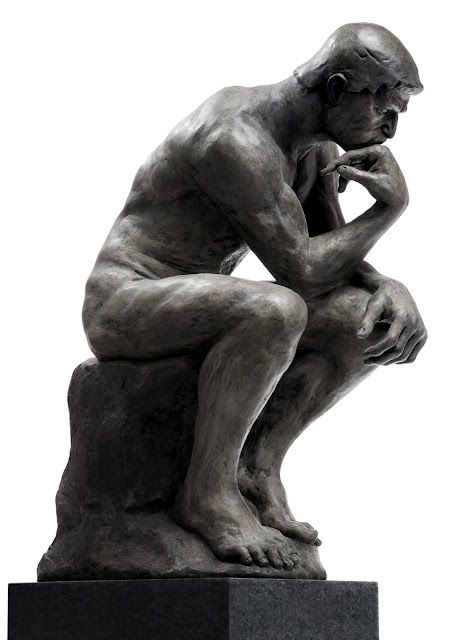 I have arrived at the conclusion that a person’s thinking, in regards to financial situations, can fall into one of two categories: ordinary thinking and smart thinking. You see, an ordinary person thinks to save money. A smart person thinks to invest money. What’s the difference? The ordinary thinker goes for the safest bet while ignoring “obvious” issues like inflation and the low-interest rate (a pittance) being paid to you, the ordinary thinker, for saving in that particular bank/financial institution. A smart thinker realizes that the rate of return (ror) is almost always greater by investing; especially in the stock market.


A smart thinker then does his/her research and invests in the best stocks and awaits the results. Before I continue I should state that ordinary thinking is not a bad thing. Some people are perfectly fine with that kind of thinking. It works for them. However, for one to gain an “edge” one must be a smart thinker. Here’s a great example; an ordinary thinker might work for fifty hours (50) per week at $12.00 per hour while a smart thinker might work for thirty hours (30) a week at $21.00 per hour. The ordinary thinker ends up grossing $600.00 per week while the smart thinker grosses $630.00 per week. Judging by the gross income alone there isn’t a significant difference but compare the hours worked and you’ll see that the smart thinker worked a whopping twenty (20) hours LESS than the ordinary thinker yet grossed more. Yes, there could be other factors at work such as; education level, connections, etc., but then again, those can also just be excuses that an ordinary thinker would use.

I’ve personally held jobs where I was being paid more than the supervisor overseeing me. A smart thinker analyzes, plans, and then execute with the goal of achieving that “edge”. However, an ordinary thinker finds the safest option and remains content. How many times have you heard a person say, I’m happy with just getting by, or, it’s not where I saw myself but it’s a living. The only issue I have with that is the fact that that person is putting a limit on himself/herself. And that is a fundamental characteristic of ordinary thinkers; self-limitations. It’s much harder for an employer to take advantage of a smart thinker than it is an ordinary thinker. Why? Well, for starters; a smart thinker is more aware of their true value and is less likely to let themselves be undervalued by an employer. An ordinary thinker, however, sees things on a “face value” basis.

For example; an ordinary thinker may be getting only five percent (5%) more than his/her colleagues and without knowing it, is worth at least fifteen percent (15%) more. I remember one of my college professors told me that corporations generate the highest profits from unpaid labor. At the time the statement blew my mind. The math part is obvious; if labor costs = $0.00, which is usually the highest cost borne by the firm, and then the firm earns higher profits than they would if they had paid for that labor. Now, how does this work in practical terms? Say for example you were worth $35.00 per hour but you got paid $17.50 instead. You’re being paid half of what you’re actually worth so the other half is the unpaid labor that directly benefits the company.

To conclude; remarkably the two thinkers (smart vs ordinary) share a similar goal which is to earn income. The difference, however, is their perspectives and knowledge. The smart thinker understands what he/she is worth and makes decisions accordingly. The ordinary thinker, however, is ok with being content and accepts whatever is proposed even if he/she knows that their being undervalued.