Romane Orlando Robb is a film/TV producer, writer, and director. Born in St. Andrew, Jamaica on January 27, 1988, Romane aspired to be a scientist, but ended up a serial entrepreneur who found a home in filmmaking. In 2008, he founded his very own media and entertainment company, Robb Entertainment – robbent.com. Through his company, Romane has developed and/or produced Kavika, Get My Money, Villains, and Robert Conte: The Hidden Comic Book Legend, a documentary about comic book writer/artist Robert Conte, and countless commercials and music videos.

Theglobalpaper.com: Thank you for taking the time to talk to us.

Theglobalpaper.com: Let’s start at the beginning. What made you want to be a scientist in the first place?

Romane Orlando Robb: I was 13, filled with innocence. And now I’m much older and not so innocent. I aspired to be a scientist for the sole reason of saving the world. Naive but true. The irony is; I would see scientists in movies and say how cool they were. Little did I know, I would someday be the guy that hired people (actors) like those for my pictures.

Theglobalpaper.com: How did you end up a filmmaker?

Romane Orlando Robb: I bought my first camera off of eBay for $25.00 when I was 16. I didn’t put it down for a week, if not more. I love it. I recorded everything with no interest in editing. And it recorded on VHS tapes which didn’t matter to me then but looking at it now, what was I thinking? 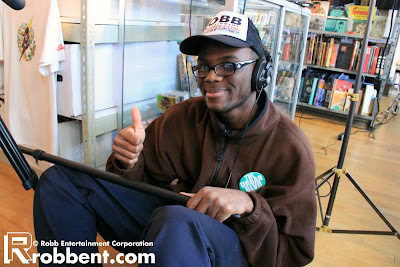 Theglobalpaper.com: How did you transition for the kid with the VHS recorder to the “suit” managing film productions?

Romane Orlando Robb: I’m a businessman, first and foremost. I started a mini hedge fund in high school and became embolden with investing. Contrary to popular belief, I see the film industry as an investment. The bonus is that I’m also a very passionate filmmaker.

Theglobalpaper.com: How would you describe your work ethic?

Romane Orlando Robb: I’m a very prompt communicator; dedicated to my craft, and highly conscientious. Talk about a resume pitch. I sometimes, most times, get pissed off when I’m communicating with someone who is tardy with their responses. I would tell them to never contact me again, or I just permanently block them. I despise people who are slow at communicating, especially in this day and age when we all walk around with mobile devices. If you contact me, in most cases, expect a reply in no time. And if I don’t get the same prompt response from you, just F off. It’s that simple! 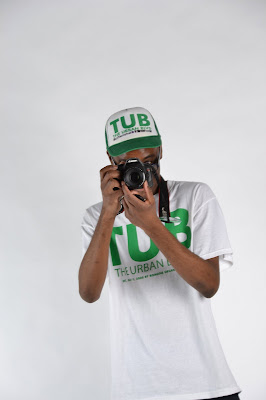 Theglobalpaper.com: What do you do when you’re not producing?

Theglobalpaper.com: What are some of your future plans?

Romane Orlando Robb: World domination! But until then, I would like to dominate both the silver screen, like Jerry Bruckheimer, and the “small screen,” like how Norman Lear did back in the 1970s. I’m working on a couple pilots and hoping something awesome happens. I’m also looking to expand Superbear Entertainment’s (a commercial and music video production company) directors’ roster. I would also like to produce some Broadway plays, Bollywood and Asian films. In other words; I want to be a very diversified producer. 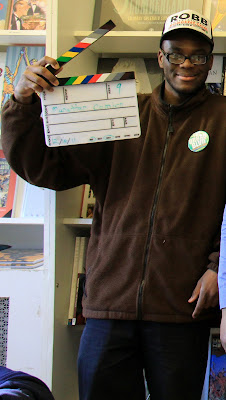 Romane Orlando Robb: Stay tuned for what we (Robb Entertainment – robbent.com) have in store for you guys.

Theglobalpaper.com: Thank you so much for you time Mr. Robb.

Romane Orlando Robb: Call me Romane or Robb, never Mr. Robb. Formality freaks me out. And again, it was my uber pleasure.